When it comes to watches, they don’t come much simpler than our Easy Reader®. For over 40 years, this basic watch has become synonymous with Timex and continues to be a best-seller.

As the wristwatch shifted from being purely functional to a fashion accessory, dial treatments began to rely on aesthetic values rather than readability. Timex, known for functional and reliable timepieces, went back to the company’s roots to provide a functional, reliable and readable wristwatch. 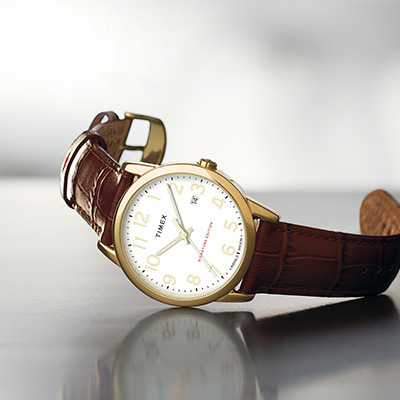 Based on dials from the Waterbury Clock Company, Timex produced watches that could be easily read with a glance. The use of large, full Arabic numerals and bold hands, both in high contrast to the dial color provided consumers with a wristwatch that could be read from across a room.

Prior to 1977, the men’s size watches using dial treatments were marketed under the collection name Mercury. The smaller women’s size was sold as the Petite collection. In 1977, Timex applied to trademark the name Easy Reader® and began a national advertising campaign which included both print and television advertisements. The campaign touted Easy Reader as “The NEW watch with the BIG numbers”. 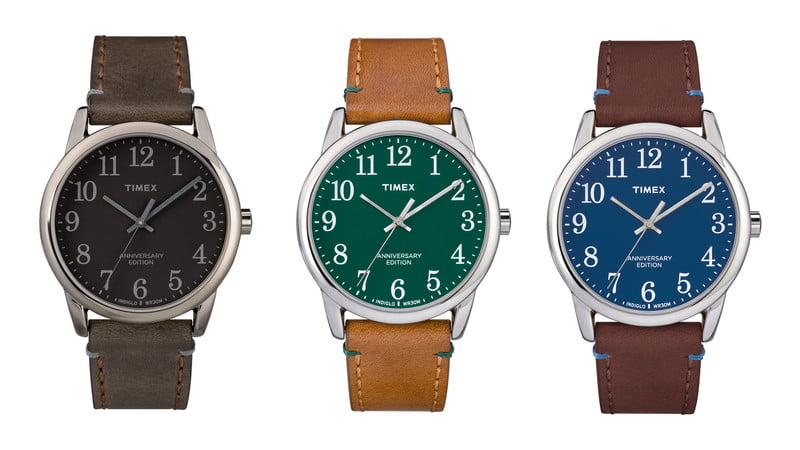 Since its introduction, the Easy Reader watch has seen many evolutions from basic black and white to bold colors, from simple leather straps to the iconic expansion band attachment. It has seen the addition of the INDIGLO® night-light feature, expanding its readability to absolutely any condition with a press of the crown.